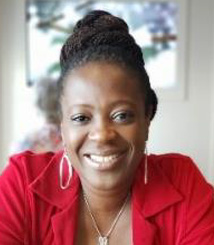 Jacqueline D. Christie, A.P.R.N., F.N.P.-C, graduated from the State University of New York at Stony Brook with a BSN in Nursing. After Graduation, Jacqueline worked as a Registered Nurse in the areas of Medicine, Surgery, Postpartum, Nursery & Labor & Delivery. She later received training as a Nurse-Midwife at the Frontier School of Nursing & Midwifery. Jacqueline completed her Masters Degree in Nursing in 2004 at Kennesaw State University. Her areas of interest include Preventive Medicine, Pediatrics and Womens Health.

Jacqueline is originally from the island of Jamaica, but was raised in New York. She is married to Dr. Donovan Christie and they are blessed with five beautiful children. Jacqueline enjoys spending time with family, staying spiritually and physically fit, world travel, and short term missions.