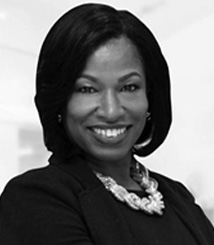 Angela Perryman is a graduate of the University of New Orleans with a Bachelors degree in Communication and has developed extensive sales experience, which includes tactical marketing and promotions for Unlimited Wealth Entertainment (UWE).

UWE annually sponsors Family Unity in the Park, a free concert that features Old School and R&B artists that boasts an attendance of 15,000-20,000 per event and Ms. Perryman plays a major role in soliciting sponsors for this event. From 2002-2010 Angela was an Account Executive for Radio-One Cleveland, where she was responsible for attaining an $850,000 annual spot budget and a $243,000 digital budget. She was able to secure major sponsors such as Beverage Distributors, Auto Dealerships, Nightclubs, Casinos and so on for major events hosted by Radio-One Cleveland. Angela has also worked as a Sales Manager for ClearVision Advertising from 1999-2002, where she managed a marketing and advertising budget of 1.25M per year. Ms. Perryman currently resides in Atlanta, GA.